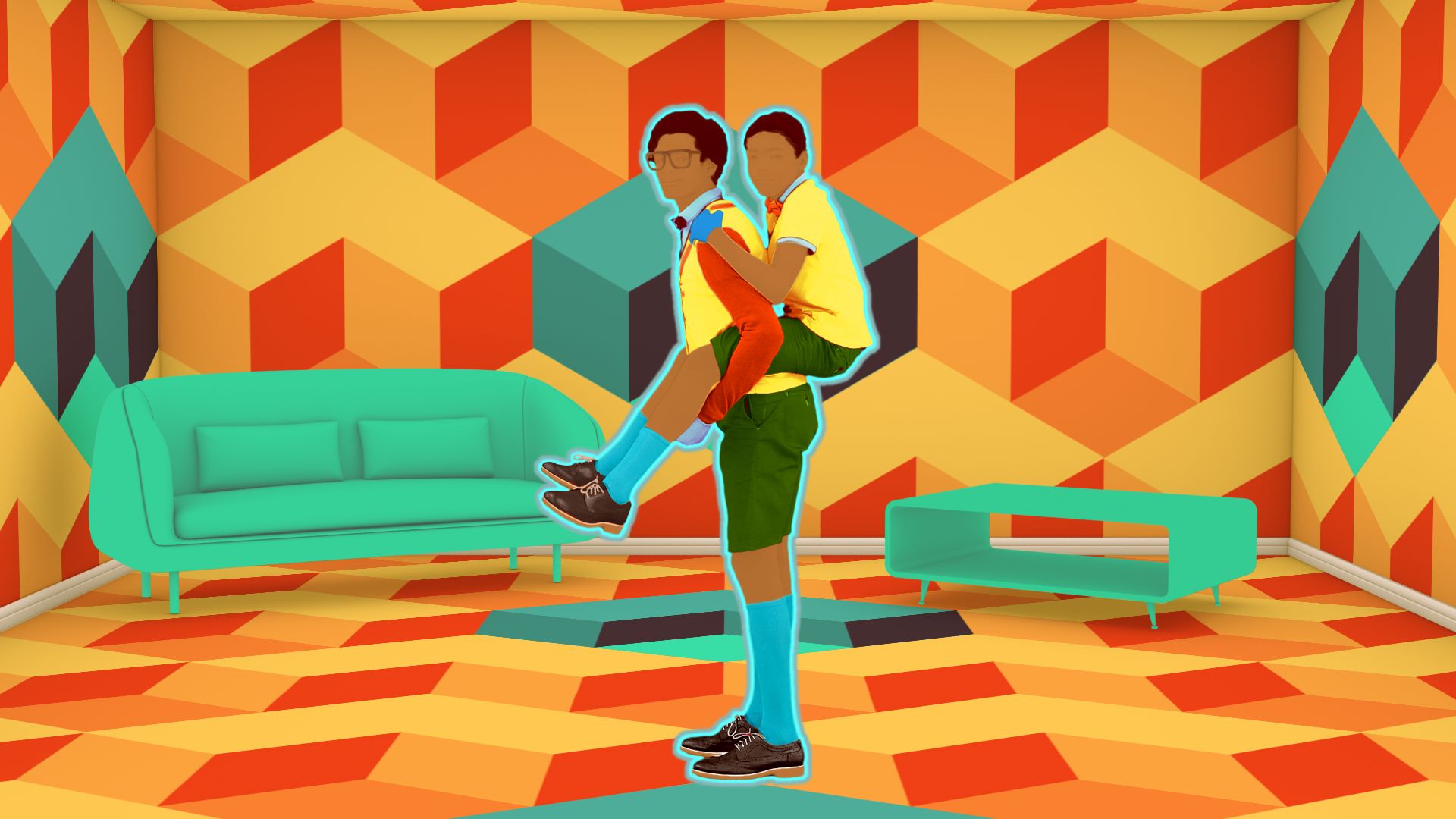 I originally wrote this two years ago and posted it on Jezebel. I decided to repost it here.

If you haven’t already seen Stromae’s Papaoutai, (or if you don’t know who Stromae is – I didn’t till 2 days ago) then I’m glad you found this post. I’m very out of the loop when it comes to pop culture.

For those of you who are like me, Stromae is a Belgian musician whose other popular release, Alors on danse, came out in 2010 and won a bunch of awards.

Probably the only reason I came across Papaoutai is because a friend asked me to translate the lyrics for her (they’re in French – I’ve added the translation at the bottom of this post). The first time I watched it, I was like @%$#&^?! After sleeping, dreaming about the video, and watching it 15 more times the following day, I managed to untangle the reasons why this nearly 4-minute long music video managed to tug at every heart string I possess.

First of all, the setting is wonderfully surreal and vintage. I love all things old, weird and wonderful. The video reminds me of Tim Burton’s Edward Scissorhands or Bo Welch’s take on The Cat in the Hat.

Next, the adorable little boy who plays the main “character” in the video looks like my brother.  They have the same teeth and everything. I just want to reach right in and give him a hug every time he looks longingly at the other father-son (and mother-daughter) pairs.

Then, there is the dancing. 0_O. I don’t even know what genre it is, but it’s awesome. I’d say it looks like a mix of jazz and krump and all the good things in between. And the dancers brought such passion to their performance. It was sublime.

I never thought that a Europop-techno-dance music video could make me tear up. I think Stromae deserves an award for that alone. What got to me was a combination of the words (they sound a lot better in French), the boy’s longing for his father’s companionship and the emotion in Stromae’s voice (especially as the little boy’s frustration builds up).  Up to this point, the tears were only welling up. They didn’t fall till towards the end when the boy seems to be dancing with his father, and then we find out that he’s only imagining it. 😥

I love Stromae’s quirky, colourful, and rhythmic representation of an all-too-common reality that many children face today: absent parents. According to his Wikipedia page, Stromae saw his dad all of 3 times while he was growing up. The story in the video, and the boy’s sadness, frustration and longing resonated with me and I’m sure with many other people.

After this video, I am well on my way to becoming a fan of Stromae’s (I’m going to seek out his other songs and videos). I look forward to his future releases. In the meantime, I just thought I’d share a video that made my day, and quite possibly my week.

Fun fact: The video’s been out for 4 days and has got over 1.6 million views on its official Youtube channel.

Tell me where he’s coming from

So that I will finally know where I’m going

Mama says that if we search well

We will always find

She says that he’s never very far away

That he often leaves to work

Better than being abandoned

Where is your daddy?

Tell me, where is your daddy?

Without even having to talk to him,

Tell me, where are you hiding?

I must have counted my fingers

What, whether or not we believe it

Any day now, we will all be daddies

And any day now, we will all disappear

Do you hate us?

Do you love us?

Tell me, who gives birth to these irresponsible people?

Everyone knows how to make babies

But no one knows how to be a daddy

Mister, I know it’s all inherited, isn’t it?

Does he have to go suck his thumb or what?

Tell us, where is he hiding?

I must have bitten my fingernails

Where is your daddy?

Tell me, where is your daddy?

Without even having to talk to him,

Tell me, where are you hiding?

I must have counted my fingers

One thought on “On Papaoutai”